On this week’s Saturday Night Live, Former One Direction member Harry Styles did double duty as both host and musical guest.

As the SNL musical guest, he debuted his new single “Watermelon Sugar” from his upcoming second solo album “Fine Line”. Earlier, he performed the lead single “Lights Up” from that very same album in a glittering chest-baring black jumpsuit.

He appeared in various skits; each of them in a unique character. One of them was the “Lunch Run” skit, where references to the Popeyes chicken sandwich craze and Disney+ ; two of the “internets most talked about sensations” were made. In this particular skit, Styles was seen as a UK intern who wanted to go to Popeyes to buy 15 chicken sandwiches for his colleagues as he heard so much about the famed chicken sandwich. Towards the end of the skit, it turned out to be the trailer for a new Jordan Peele movie, called White Get Out, which will be featured on Disney+ soon.

He was also seen in a “Jason” sketch, which had to be cut out due to limited timing. 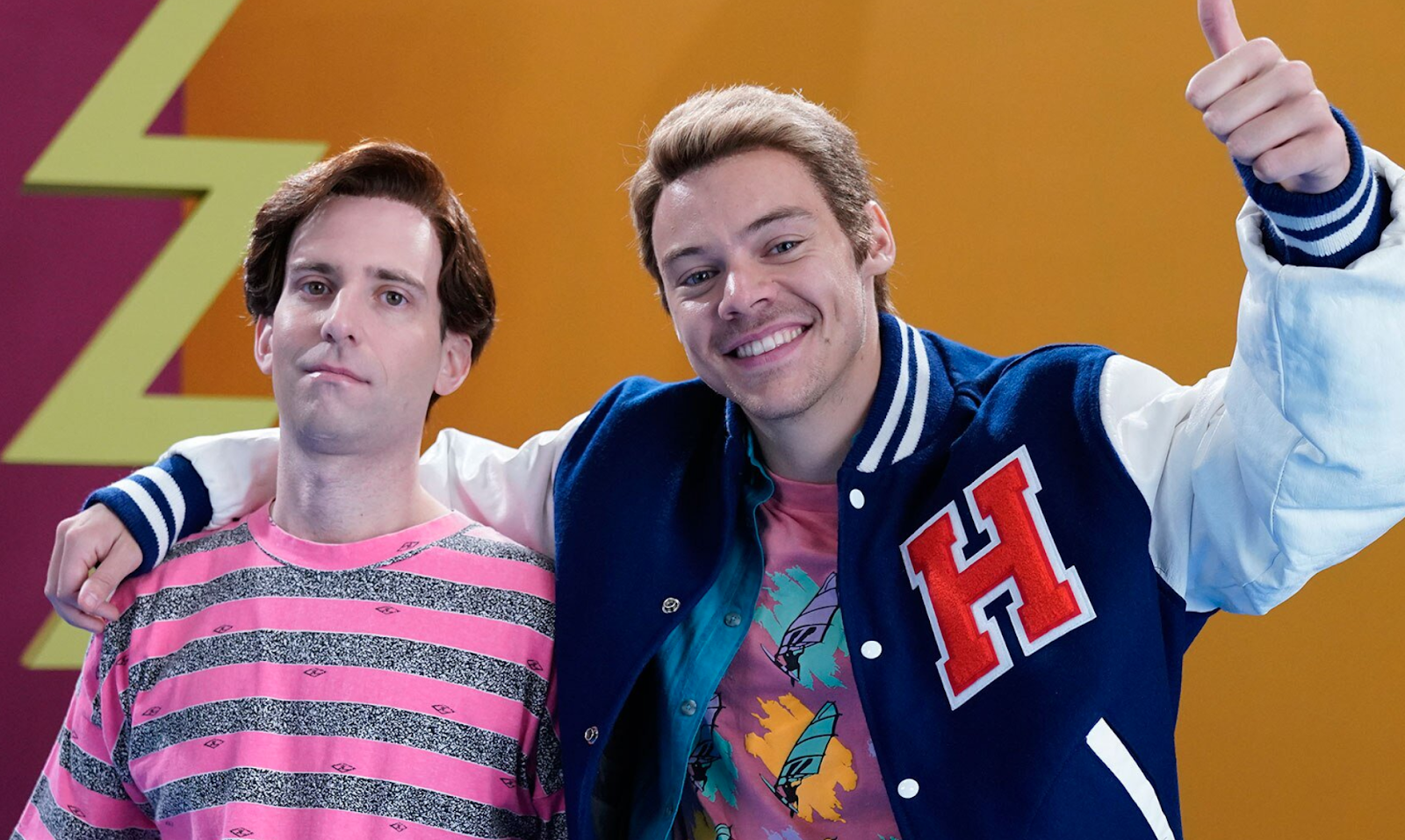 Harry took a moment in his opening monologue to give a shout to all the One Direction lads including Zayn Malik.

“I’m not in a boy band anymore. I’m in a man band now. I was in a band called One Direction,” he said. “I love those guys, they are my brothers. Niall, Liam, Louis …” and this is where he traced off a bit as he jokingly struggled to remember the member who left the band before concluding with,  “.....um, Ringo. Yeah, that's it.”

Harry Mentioning All the One Direction Lads in His Monologue

Although some people were clearly not happy with Harry throwing “shade” at his ex-bandmate, many fans pointed out that Ringo was the first to leave The Beatles like Zayn Malik was the first to leave 1D, insisting that Harry, in fact, did not throw shade at him, rather it was just used as a reference purpose only in a comedic way.

Here are some pictures of Harry from SNL:

Picture Credit: SNLHere are some of the sketches that SNL have tweeted. To view the full videos, check out on their website.

Harry’s second solo album Fine line is all set to be released on December 13. He'll be hitting the road for a 2020 world tour titled  "Love on Tour."

Don't have an account?
sign up
Back to
log in
Back to
log in
Choose A Format
Personality quiz
Series of questions that intends to reveal something about the personality
Trivia quiz
Series of questions with right and wrong answers that intends to check knowledge
Poll
Voting to make decisions or determine opinions
Story
Formatted Text with Embeds and Visuals
List
The Classic Internet Listicles
Countdown
The Classic Internet Countdowns
Open List
Submit your own item and vote up for the best submission
Ranked List
Upvote or downvote to decide the best list item
Meme
Upload your own images to make custom memes
Video
Youtube, Vimeo or Vine Embeds
Audio
Soundcloud or Mixcloud Embeds
Image
Photo or GIF
Gif
GIF format